Phoenix App Development: the ins and outs of the local tech scene - Fyresite

Phoenix App Development: the ins and outs of the local tech scene

Is Phoenix the next Silicon Valley? It’s sure starting to seem like it. Phoenix has a low cost of living, lots of world-class talent, and one of the highest rankings on the Kauffman Index of Growth Entrepreneurship. Plus, did we mention the weather’s super nice?

Why is Phoenix booming?

Any city could have a tech boom, but Phoenix is the one attracting top talent, big brands, and innovative ideas. What makes it so special? 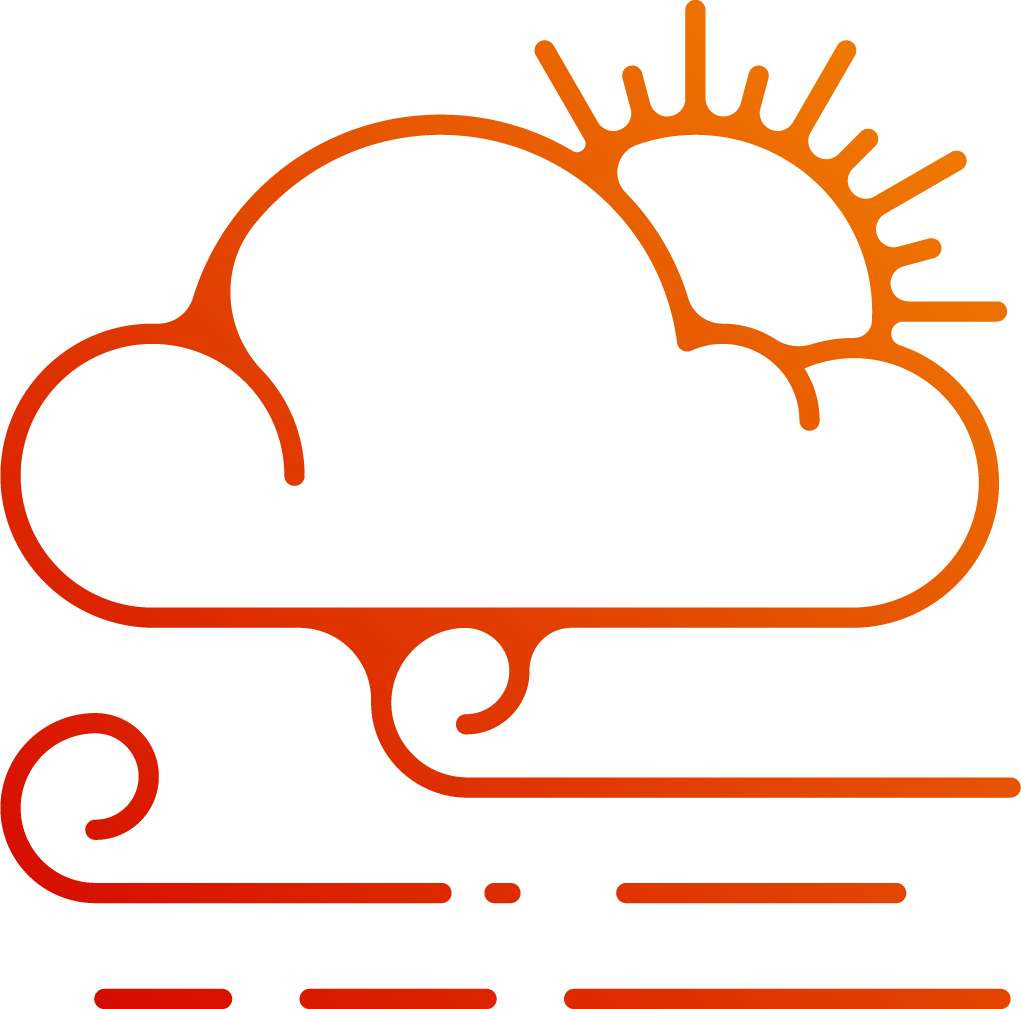 The weather seems irrelevant, but it keeps people pouring into Arizona. At the end of 2019, Arizona had the third-highest growth rate in the country, just behind Texas and Florida, two other sunny states. Good weather alone doesn’t make a tech boom happen, but it attracts the necessary talent. Besides, all that sunshine makes Arizona super pretty.

Silicon Valley didn’t get all those VCs out of thin air. The capital arrived because Stanford graduates were exploring cutting-edge technology. Silicon Valley has universities to thank, and so does Phoenix.

Over the past ten or so years, Arizona universities have refocused on innovative technology. ASU in particular has completely pivoted to focus on tech, ranking number one in innovation six years in a row. This ranking is more than a marketing ploy. It shows an ongoing commitment to bleeding-edge technology. ASU fights to keep this rank because it attracts engineers, promotes creativity, and breeds a very strong entrepreneurial spirit. Phoenix may be earlier in the process than Silicon Valley, but Arizona universities are creating the very innovative, passionate people that cause tech hubs to form in the first place.

People are leaving California — especially those in the lower and middle-class. Rent is astronomical. The cost of living is mind-boggling. San Fransisco only ranks eight spots higher than Phoenix on the Kauffman Index of Growth, but it costs twice as much to live there. For most, the marginal benefits aren’t worth the growing costs. People can’t afford to live in California, so many are leaving.

And where do these college grads, entrepreneurs, and talented tech people looking to start fresh go? To their sunny next-door neighbor, of course! In fact, the second-largest migration route in the entire US is from California to Arizona. Phoenix isn’t just growing; Silicon Valley is moving here. 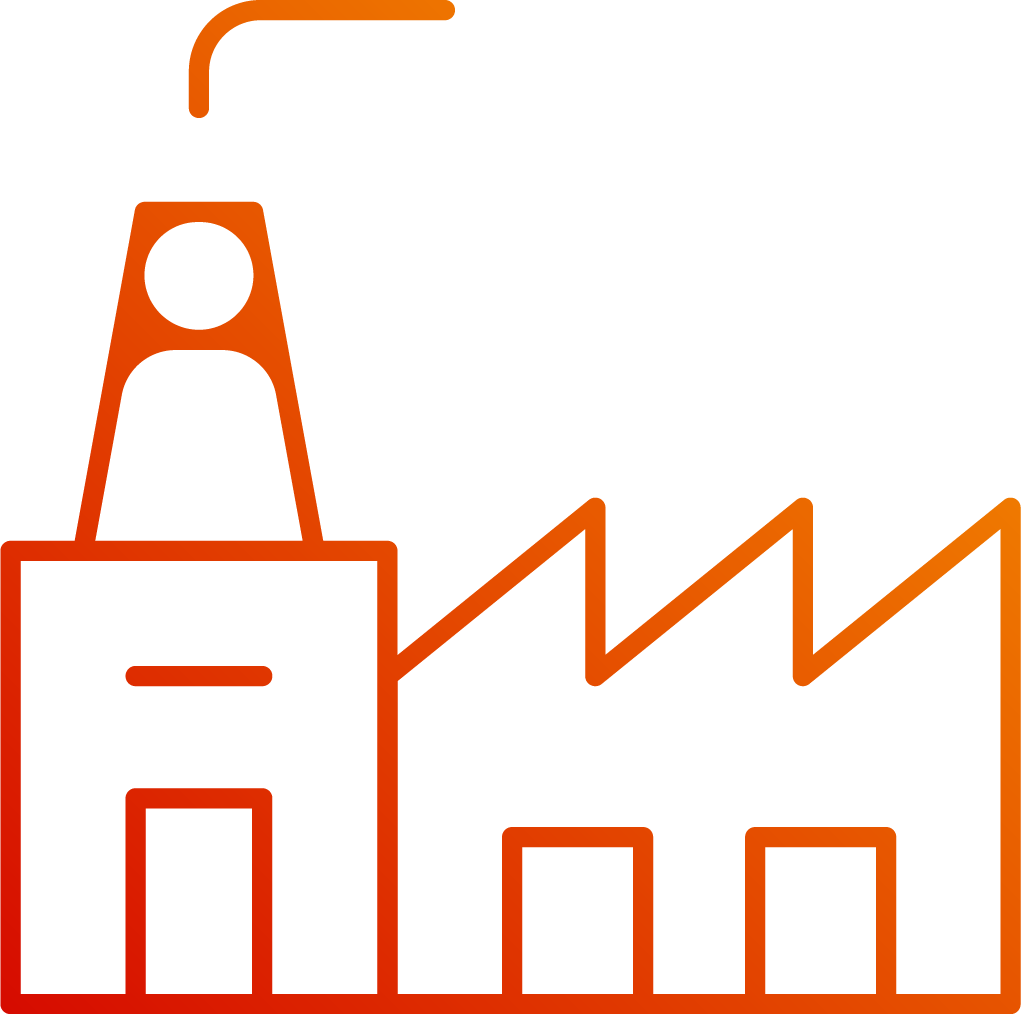 Arizona has been home to big tech companies for a while. Intel has called Chandler home since 1980. Google is building a data center here. Even self-driving tech companies, like Lyft and Google’s Waymo, rush to seize control of Arizona’s street grid. Lots of big tech enterprises are already stationed in Arizona, and both people and smaller companies want to be near the giants.

But that’s only the tip of the iceberg. Giant non-tech companies hire software developers by the bucketload. They feel distant from the “silicon valley vibe,” but they remain an integral source of jobs and technical innovation. 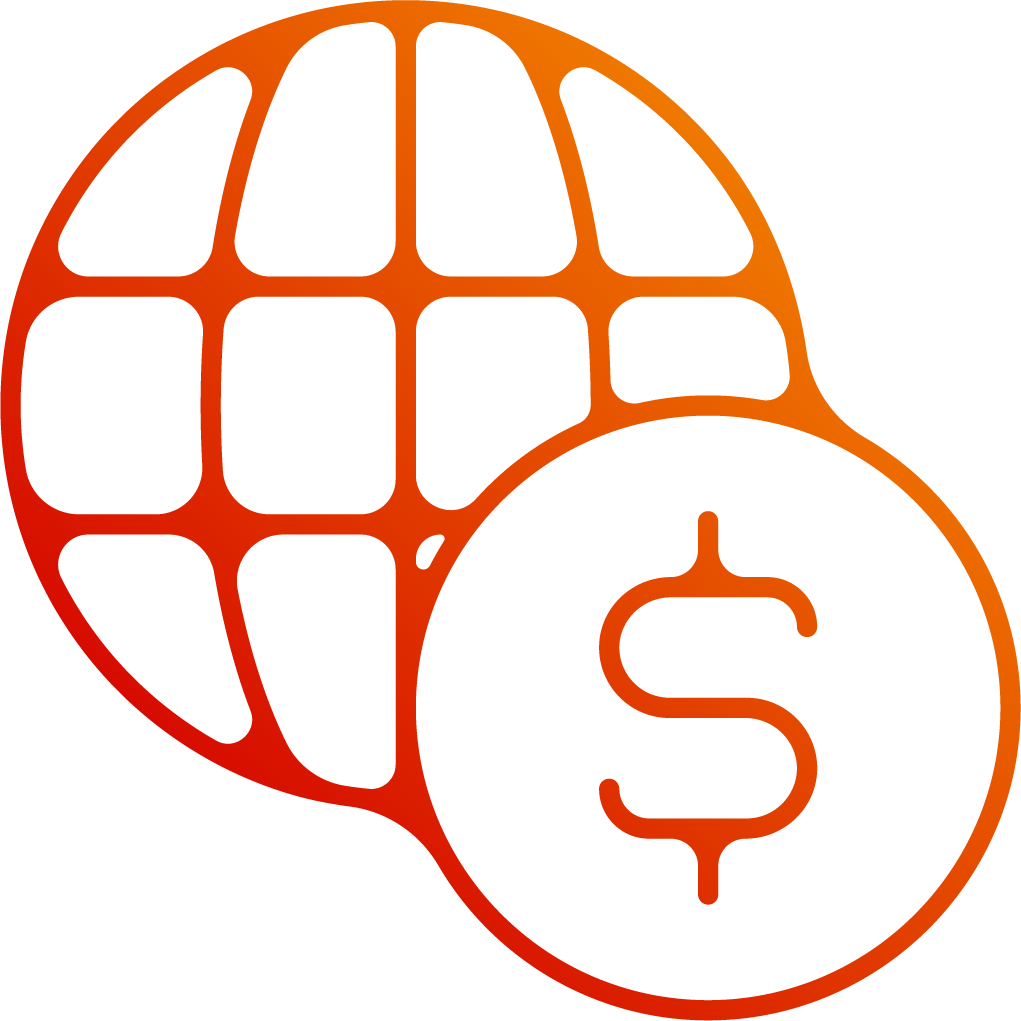 The Phoenix economy is crucially set up exactly right for a tech boom. The cost of doing business is extremely low, and labor costs are much lower than in California. Permits are expedited and training is cheap, allowing a workforce to be ready to work in very little time. In conjunction with pro-business legislation, Arizona is primed for business growth. 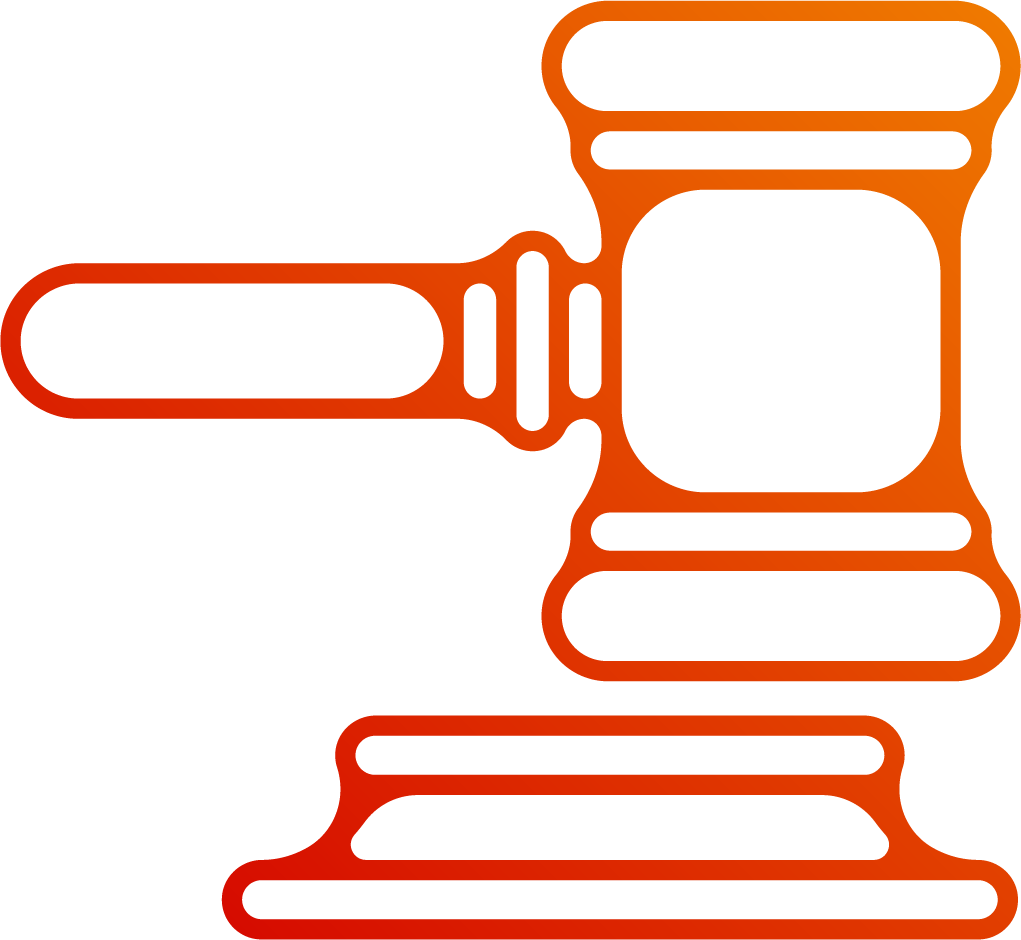 Arizona business regulations are very lenient. There is no corporate franchise tax, minimal regulations, and a right-to-work perspective on employment. Legislators have passed several tax credits and incentive programs not just for businesses, but also for incubators and other organizations that breed an entrepreneurial climate. Furthermore, the public-private-run Arizona Commerce Authority ranks number one in the country for entrepreneurial development. All these factors foster the growth and development of the tech industry. 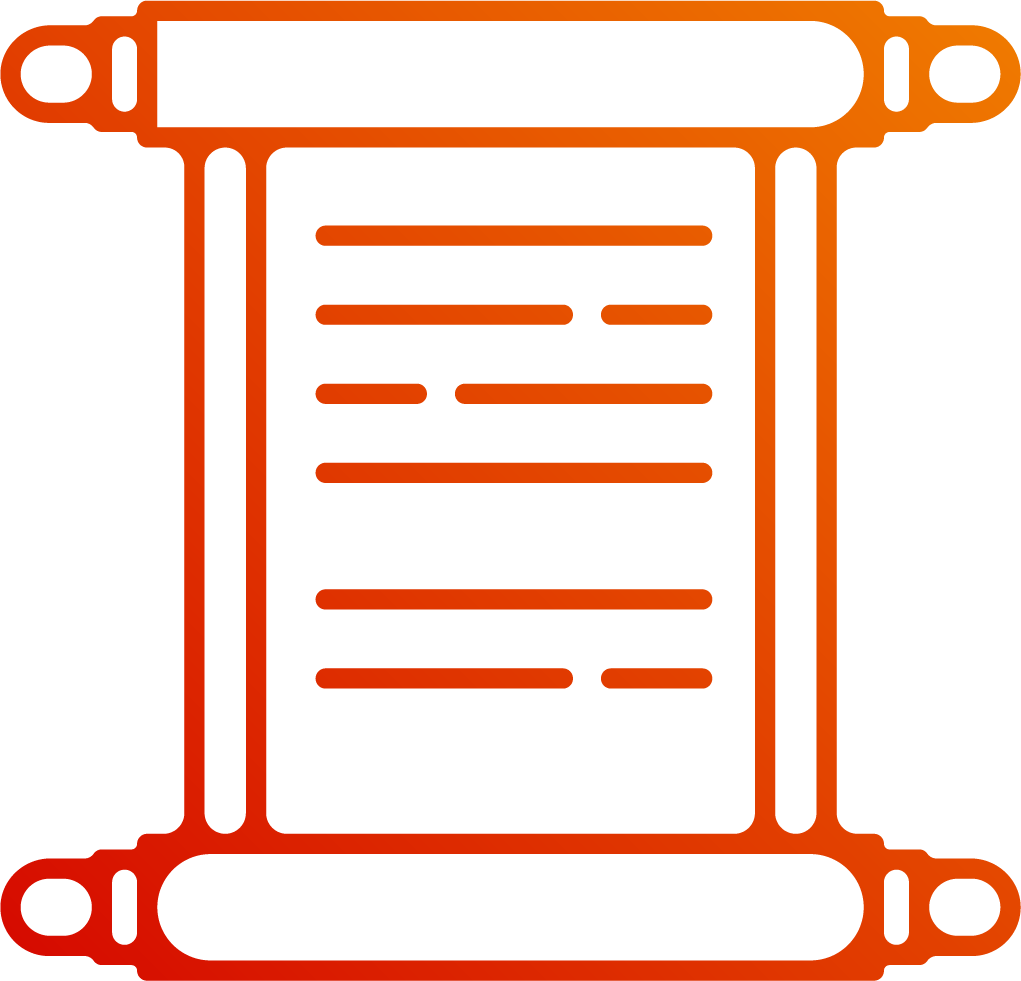 Culture is arguably one of the most important factors in the Arizona tech industry. Arizona’s business culture is very friendly and communicative — especially in smaller businesses and startups. It’s laid back, but extremely driven, innovative, and ambitious. Sometimes, bigger companies can feel “stuck in the past,” but for the most part, Arizona business culture is extremely entrepreneurial.

The Phoenix Tech Scene: What does Phoenix app development look like?

Enterprises are big companies with lots of revenue. Their size discourages some strategies but also enables them to do things most companies lack the scale to do.

Many of the tech jobs here come from big enterprises like USAA, who hires hundreds of software engineers in Phoenix alone. Some companies specialize in software as a service (SaaS), but most don’t. Instead, they contract developers by the dozen to grow their app, software, or database system.

Notice that we said “contract?” Most enterprise tech jobs are contracted in Arizona. Developers will receive a contract to work with the company for a given period of time. Since Arizona has lots of service-oriented companies, this makes a lot of sense from a business perspective. It gives the company more flexibility to modify their team to reflect new projects and customers. Contracts are not worse than full time; they’re just different. For some developers, contracts are not the answer. These engineers should read postings carefully. However, other developers love contracts. Neither is better than the other; it’s all about fit.

A so-called “culture shock” also impacts Phenix enterprises. The influx of Californians and college students brings with it a laid-back Silicon Valley-type of culture. However, older enterprises retain a more traditional workspace. In several older companies trying to modernize, this results in a clash between older strongly rule-oriented techniques and laid-back playful ones. It’s not speculation, either: “culture shock” is commonly cited on employment review sites like Glassdoor as a notable factor in Phoenix enterprise culture.

But it’s not all bad! The scale of enterprises allows immense, data-driven decision making. Some companies are running a thousand A/B tests at any given moment! This allows apps to be fine-tuned for the user experience. As a developer, that means you’ll most likely be part of a team working on one small section of the app.

Of course, these are just generalizations. Plenty of big tech companies have amazing cultures: we’ve worked with some of the best. The best way to understand the enterprise side of the Phoenix tech scene is to explore big companies in the area.

Startups are new companies, often much smaller than enterprises. What they lack in size they make up for in maneuverability and agility, allowing them to grow exponentially in a very short period of time. They’re higher risk than enterprises, but higher reward, too.

As a SaaS startup ourselves, we’ve got a little more experience with these companies.  Startups tend to be the opposite extreme. While Phoenix enterprises have lots of jobs and culture shock, startups have a faster-paced culture with high risk and potential for high reward.

The stereotypical startup has some big app idea, which gets developed on a rapid timeline and shoved out the door as quickly as possible. There is some truth to this story. Many startups employ a much more agile strategic approach than larger enterprises. Their small size and low overhead allow quick app development for very low costs.

Another advantage for the developer is that they perform very interdisciplinary work. Developers at a big enterprise may only work on a small section of the app for their entire career, honing it over an extended period of time. Startup developers, however, get to try a lot more. Since startups are small, it’s not abnormal for developers to participate in every single part of the app. It’s a very strong, communicative learning experience.

Communication is another major advantage of working for or with a startup. The entire company may be smaller than an enterprise’s tech team. Business leaders and developers can speak both formally and casually with ease.

This goes for internal communication, too. Designers and developers can communicate instantly and effortlessly by walking to the other side of the room.

However, agility, versatility, and communication come at a cost. Most startups don’t pay off. They’re early, unproven concepts. Business owners have an idea, rush it out the door as fast as possible, and scratch their heads when it doesn’t succeed. When an idea is unproven, it’s rushed out the door too quickly for anyone to notice. And without a massive marketing team to promote it, those unproven startups flop.

However, if a startup has established product/market fit, it may be a good investment with high payoff. Fyresite, for instance, was built in response to a massive, growing demand for websites. We made sure our services had a market before building the business. Similarly, we employ this strategy for everything we make. Our team requires intense pre-development research to guarantee that a product will succeed. We use data, analytics, and experience to dictate everything from design to development. This strategy is harder for startups to achieve since they lack the scale of enterprises, but when done right, it makes a massive, noticeable difference. Proof separates the billion-dollar startup from the flop.

What do you need to know?

That was a nice overview of the Phoenix app development scene — so what?

Well, the important takeaways are different for everyone. Entrepreneurs, VCs, and computer science students all have different goals, so why should they prioritize the same information? These are our biggest tips for the biggest players in the Phoenix app development ecosystem.

What every entrepreneur needs to know about Phoenix app development

What every CEO needs to know about Phoenix app development

What every developer needs to know about Phoenix app development

What every student needs to know about Phoenix app development

Phoenix app development is one-of-a-kind. It’s friendlier than Silicon Valley with that unique, Arizona culture that you can’t find anywhere else. If you’re looking to build something amazing here, reach out today.