Chrome and Firefox Version 100: How to prepare your website - Fyresite

Chrome and Firefox Version 100: How to prepare your website

Unless everyone who ever visits your website uses Safari, Microsoft Edge, or AOL Explorer; Chrome and Firefox Version 100 could be a bit of a problem. The software itself is fine; there’s just a bit of an issue: the upcoming version 100 will be three digits instead of two. This could have some big effects on your website if you aren’t prepared.

What is a browser version?

A browser (such as Google Chrome, Mozilla Firefox, Safari, etc) comes in different versions, each one marked with a number. You can see your browser’s version number in the “about” section.

If you’re using Firefox, you can check your version in the “About Firefox” section. Firefox will give you a window that looks like this (although the version will likely be more up to date). 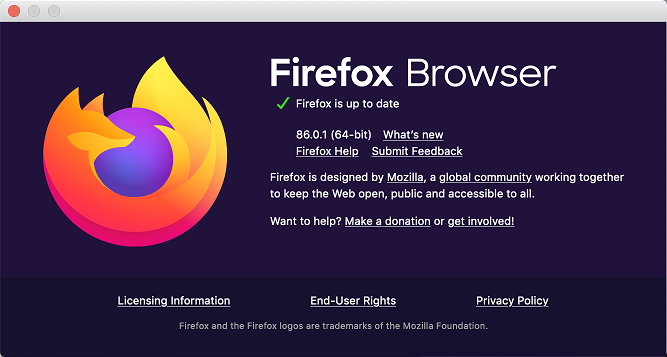 Anyone who uses Microsoft Edge for whatever reason can check using these instructions.

If you use Safari, check your version using the menu in the upper left hand corner. 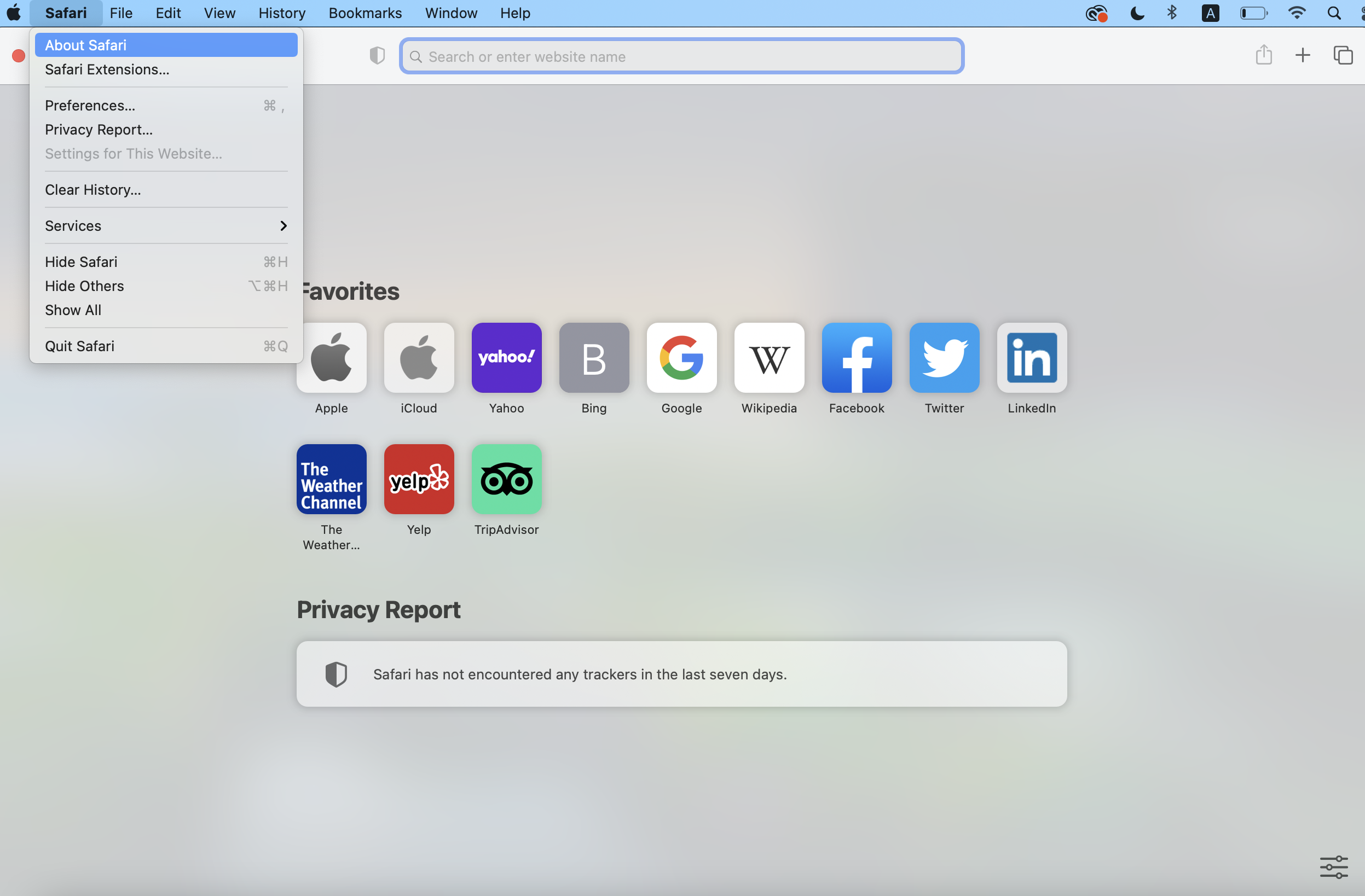 Your individual browser version doesn’t matter too much — this is more about familiarizing you with the number.

Browsers like Safari don’t have a particularly high version number. Safari is on Version 14 right now — triple digits are a long ways away. 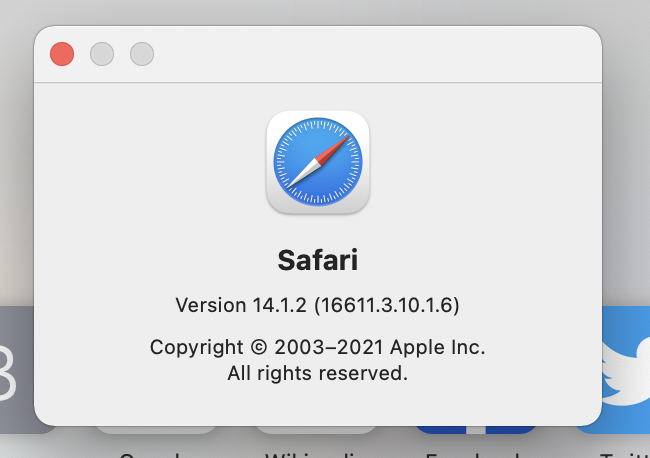 Once that number reaches 100, some bad stuff may happen to websites on Chrome and Firefox.

So? What’s the issue?

Why’s this a problem? Well, websites need to know your browser version, and a lot of them use a User Agent parsing library. Basically, that’s just a bit of code that tells the software what device and browser wants to see the page — that way, the website can adjust to look best on the screen.

However, if the code isn’t built to handle three digit numbers, the website could break on that browser. We’ve already started to see some bugs about this very issue. 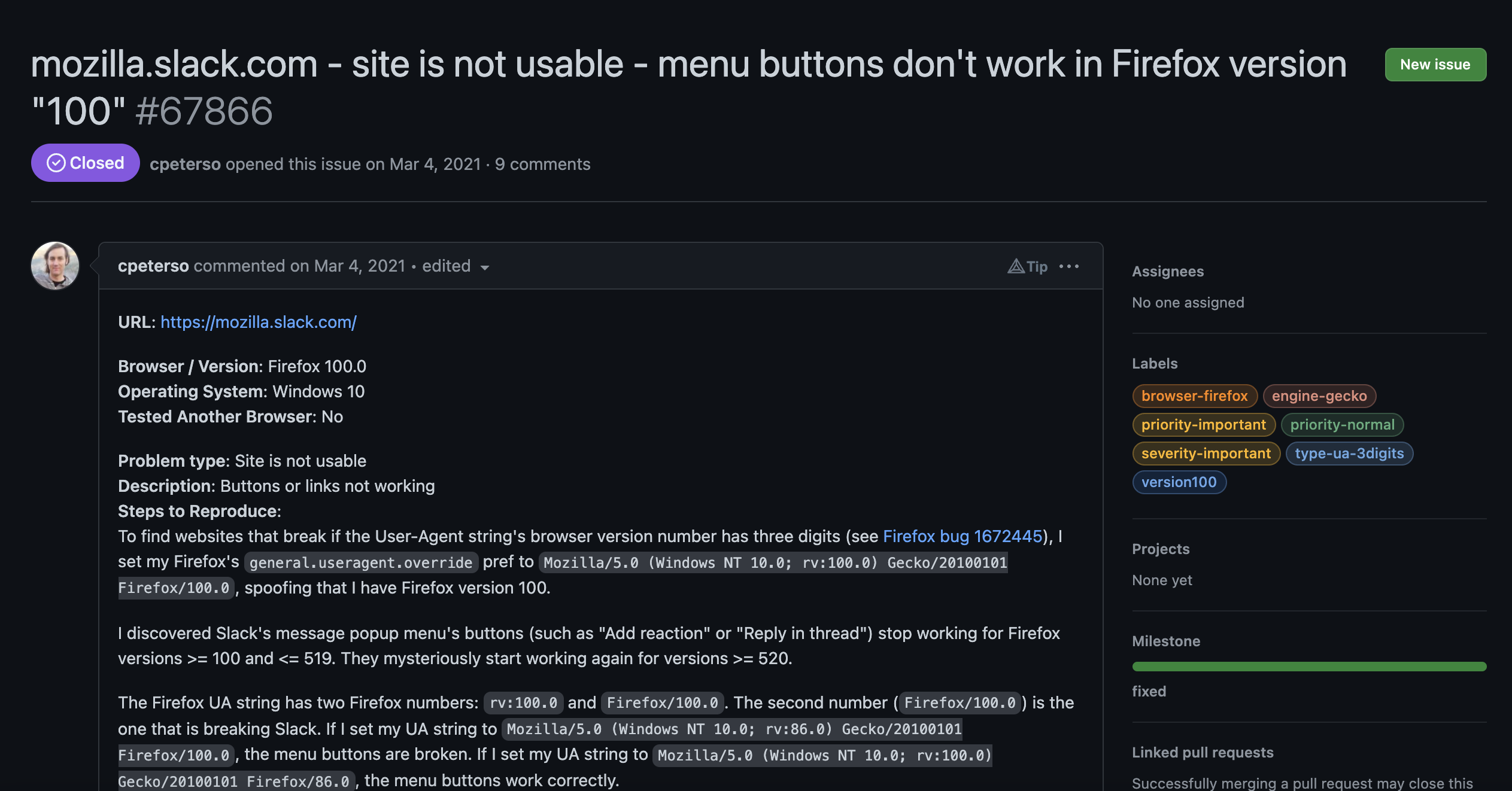 The problem won’t be apocalyptic, but it sure won’t be easy. Chrome 100 releases March 29, 2022, and if the code isn’t prepared, major websites could break.

Before Y2K, programmers rewrote code or made quick fixes, which staved off disaster. We need to do the same.

What are Google and Mozilla doing to fix it?

Google and Mozilla are working on the problem a bit. They’re running some tests, exploring some bugs, and trying to fix some of the problems before they start. If the issue becomes bigger, Chrome’s backup plan is to replace the 0 with 101 (so the version reads as follows).

Normally, that second digit is a zero. We’re not really sure how it will impact things, and adding extra details usually jumbles up some programs. These fixes mostly cover the Google or Firefox-side of the problem: an unprepared website is still unprepared. Lucky for most people, the fix is pretty simple if you have a good team.

To keep your website safe, you need to do a little bit of prep. This will involve forcing your website to version 100 a bit early, then check what happens. If nothing happens, you’re safe. If something happens, your team can fix it in a safe, controlled environment where it doesn’t hurt your users, rather than live.

First, install Chrome and Firefox if you haven’t already. To push Chrome to version 100, copy/past the following link into your URL.

This link will take you to the following menu. Open the dropdown menu and click “Enabeled.”

Once you’re in Version 100, play around with your website and try to break it. If something happens, you can fix it early.

For Firefox, install Firefox Nightly — it’s a fancy pre-release version. Go to the settings menu and search for  “Firefox 100.” Then, add a check box in the “Firefox 100 User-Agent String” option. Again, try to break your site.

If you know what you’re doing, these changes should be fairly easy. If not, reach out to your website developer. They’ll help you QA your website in a controlled environment without risking sales.

You can also reach out to the Fyresite team using the link below (although if you have your own developer who already knows your website, please reach out to them first). We’ll talk you through the details and fix the problem so you don’t have to worry.