iOS vs Android App Development: Which OS for My Native App? - Fyresite

iOS vs Android App Development: Which OS for My Native App?

Embarking on a new app development journey can be scary. Even when you know the results will be worth the wait, your team still needs to commit to hundreds of hours. This journey will be huge for your company, so choosing the right starting platform for your native application is crucial. To help you make the best decision for your company, we’ll give you some of our “agency insight” by comparing iOS vs Android app development head-to-head.

Many different factors should impact your decision, but the three biggest ones to consider are the capabilities of each platform, the app development process, and the target audience of your final application. Let’s explore each category. 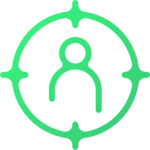 Let’s cut to the chase: your target audience is the single most important factor to consider when choosing a platform.

Android and iOS aren’t an even 50/50 split. In 2019, Android maintained a firm grip on 87% of the global market, while iOS only had 13%. That’s a pretty huge gap. However, the gap closes a bit depending upon your country. In the United States, iOS took the lead at 59% market share. However, in India, Android holds a whopping 92% market share.

A map of iOS vs Android market share from DeviceAtlas.

The better option depends on your audience. If your customers are primarily American, either OS works fine. However, Android may be a wiser bet for an international audience.

Remember that the audience does not stop at a broad national level. Perhaps your app is about to launch in India–where Android has a huge lead–but your specific target audience almost exclusively uses iOS. In that case, demographics are much more important.

Demographic data is the secret sauce that makes your app scrumptious. If your audience strongly prefers one OS, you should probably build on that OS.

But who uses which OS? Let’s break down the demographics, based on the statistics from asonalex and PR Newswire:

These trends are limited, but they tell a lot about the user. One of the most noticeable differences is that iOS users tend to spend more money–we’ll talk about that trend in the next section.

Another surprisingly-important trend is behavior. Apple users skew slightly toward the extroverted side of the spectrum.  These statistics match up with the “loyal Apple cult” stereotype, and it may even suggest that apps are more likely to move by word of mouth (though more data would be needed to confirm that claim).

Of course, these statistics only represent a few basic trends. They should never replace your own research. Research your target audience. Collect as much data as you can. Use your own demographics data to predict which OS your audience prefers.

Shockingly, iOS wins in every category except registration. Even that category is far too narrow to call. The takeaway is clear: iOS users are much more engaged in the app.

There are a few distinct reasons that Android’s CTR is so high. The most obvious difference is that Android notifications are more visible. When users have an unread notification on Android, a sticky alert remains visible in the upper-left corner.

Notifications are always visible on your Android device.

Since the notifications are always visible, users are more likely to interact with them. At any time, they can pull down the shortcut menu and open a notification.

However, iOS offers none of these features. Notifications are less customizable and less visible. That’s another win for Android in the iOS vs Android app development battlefield.

But does the behavior really matter if the users don’t convert?

Android may have a larger market share, but how many of those customers convert to buyers on the app store? As it turns out, not that many.

Even though Apple has a much smaller market share, the App Store generates 80% more gross revenue than Google Play, according to Apple Insider statistics. However, Google Play is growing. Despite having much lower revenue per customer, Google Play grows 19.6% each year.

So what do these statistics mean for your revenue? Overall, it depends on your app.

iOS users spend a lot more money than Android users. That’s not just the app store; it’s in-app purchases, too. If your business model relies on consumer purchases, iOS is a very strong choice–if not the best choice.

The Ikea Place app is less about in-app purchases and more about giving customers useful tools.

Revenue generation isn’t something to guess on. You absolutely must do your research. Iron out your business model. Research your target audience. Revenue generation is critical, yet delicate. A simple misstep–such as choosing the wrong platform–could topple everything you’ve worked so hard to build.

After analyzing your audience, consider the app itself. Certain features may work better on a specific OS.

Both iOS and Android have grown up into dashingly-handsome operating systems with a lot to offer. Here’s what the latest versions have to offer:

Depending on your application, specific features may make or break the operating system. Apps that rely heavily on the camera, for instance, may want to consider how Apple’s Portrait Segmentation API or Android’s CameraX library impacts the final product.

One of the most noticeable differences between iOS and Android is customizability. Apple keeps things simple: you use what you get. Users can customize wallpaper, but that’s about it. Even the default browser is locked into Safari: third-party browsers are forced to use the Safari rendering engine, which makes them slower.

Android, on the other hand, lets users customize just about anything. Users can change their SMS Client, edit their lock screen, or even add a custom ROM. As a result, Android gives you a lot more room to build a customizable experience for your user. 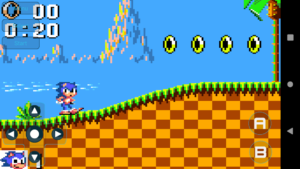 However, customizability doesn’t end with the user. Android app development is much more flexible. Since the publishing standards are much looser, Android apps can do things that iOS apps cannot. As a result, some apps, such as game emulators and torrent downloaders, are not possible on iOS–or at least require a lot of extra work to build correctly.

Apple devices have developed a reputation for security. While iOS is hardly virus-proof, it remains remarkably secure.

The big difference is that iOS is much more closed off than Android. While Android is entirely open-source, Apple’s source code is hidden. Since iOS is a closed system, security threats are pretty rare. Plus, Apple blocks all third-party apps, so malware is harder to install.

Android, on the other hand, lags behind in security. Even though Google releases security updates every month, device manufacturers tend to push updates a bit late. As a result, many Android devices run a slightly-outdated version of the OS. In the event of a major security update, this lag can be a big security issue.

Despite the clear iOS advantage, both operating systems are pretty secure.

App development isn’t just about the OS; it’s about how you use it. Depending upon which OS you build for first, your app development process could look radically different. Consider how your decision will impact the final result.

To develop for iOS, you need to know a fair bit of Objective-C or Swift. Android, on the other hand, requires Java and Kotlin.

Swift is elegant, fast, and easy to read. Most developers prefer Swift to Objective-C because it is more concise and a lot less clunky. However, Swift uses the Cocoa Touch API for UI elements, so developers who aren’t familiar with Cocoa Touch may prefer Objective-C.

On the Android side of the table, you have a similar dynamic. Kotlin is newer, faster, and more concise than Java. However, Java is still a powerful tried-and-true language with a lot of life left in it. Plus, lots of developers are very familiar with it. As a result, Java is still extremely popular in Android app development.

Language usually boils down to a matter of developer preference, but it’s worth noting. Since both Swift and Java are object-oriented languages, transitioning between them isn’t too difficult. As a result, it may be wise to find developers who are well-versed in both iOS and Android.

iOS app development is pretty straightforward because you only have to build for a few devices. Android developers, on the other hand, have to worry about device fragmentation.

Device fragmentation is a big problem for Android app development. Since so many different devices run Android, not all of them are capable of running the latest versions. Android 10, for instance, is only available outside of beta on the Google Pixel. Some manufacturers, such as the Chinese manufacturer Oppo, didn’t even get 2018’s Android 9 until January 2020. In fact, 11.5% of Android devices are still running Android 5.1. 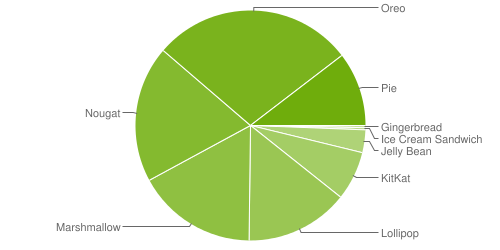 Android’s distribution as shown on the Android Distribution Dashboard. As of the publishing of this article, Google has yet to update the graph to include Android 10.

As a result, developing an app for Android can be difficult. Even if they build an app compatible with Android 7, a whopping 42.1% of users get left out.

However, iOS app development has its own hurdles because apps need much more vigorous maintenance. If your app isn’t upgraded to the latest version within nine or so months of its release, Apple will remove it from the app store. Plus, iPhones become obsolete much more quickly. That means iOS apps have a shorter shelf life.

While Xcode is free, releasing your app on iOS isn’t. Developers must pay a $99 annual developer fee for access to the SDK and app store.  That number seems high, but it makes sense. Since iOS is a closed platform, Apple employees need to vet every app for errors, security risks, design mistakes, and rule violations before release. That process usually takes anywhere from a day to a week.

Android, on the other hand, is an open platform. That means the Android source code and SDK are available for free, so developers can distribute their apps outside of the official Google Play store. As a result, publishing to the Google Play store is much easier. After paying a one-time registration fee of $25, your app will be down to download in just a few hours.

Both the development process and the capabilities of the platform are extremely important for making your decision, but they aren’t the only factor to consider. Remember: your app is a product, so don’t build an Android app for iOS users. Consider your target audience.

Nevertheless, certain apps do work better for certain platforms. While there are always plenty of exceptions, here are some brief, broad suggestions:

Start with iOS if…

Start with Android if…

Again, every app is unique, so contact us for a professional consultation. We look forward to hearing your ideas.

AR Apps for Every Stage of Learning