As cryptocurrency slices past the cutting edge of technology and finance, it breaks into new and exciting industries, bringing the world innovative charity coins and exciting charity coin website design.

However, charity coins present a unique problem: mixing industries. Cryptocurrency has unique design trends, and so do charities. How can designers combine the best of both worlds in one neat package?

Interestingly, we get something entirely unique

Why we know our stuff

We’ve worked on major projects for Axion, Sleepy Sloth Finance (a charity token), and more. Our team even built a mining rig right in the office.

If anyone knows charity coin website design it’s the Fyresite team, and we’ve noticed quite a few trends in charity crypto websites.

The following trends make charity coins stand out from the rest of the industry.

Many crypto charity websites also follow broader trends, so be sure to read about crypto and defi website design trends as a whole.

A surprising number (if not the majority) of charity coins use meme-based branding, often involving animals, outer space, and food.

Bingus is a clear example. It is a fully-doxxed coin that sends a portion of every transaction to animal shelters.

Coins like Bingus and Tits use memes and financial incentives to encourage trading, then give a portion of that money to charity. This strategy raises money very fast.

Even Shiba Token, the biggest meme coin after Dogecoin, encourages the community to raise money for Shiba Inu rescue.

But why are memes so common in charity coin websites?

There are three major reasons: crypto culture, history, and SEO.

Crypto culture as a whole is very strongly influenced by tech and meme culture. After all, starting a new cryptocurrency requires quite a bit of technical skill.

Therefore, if tech people already love memes, it should come as no surprise that the memes rub off onto charity tokens.

However, culture doesn’t paint the whole picture because charity coins are disproportionately meme coins. Other factors are important, too.

Historically, many meme coins have turned into charity coins once the cryptocurrency gained traction. Elongate, for instance, started as a meme, but began donating to charity as it grew.

Now, it’s a fully-doxxed coin responsible for thousands of dollars in donations.

In these cases, the charity is often part of the punchline. Dick, for instance, raises money for LGBT+ communities in need.

The copy allows for jokes like “We want to show you our DICK” while simultaneously raising money for a cause.

Coins like Tits (money for breast cancer) and Froge (money for rainforests) capitalize on their popularity to raise money. They either include a donation wallet or raise money through fees.

However, when new charity coins use meme branding, it’s usually for SEO.

Many popular coin marketplaces, like CoinMarketCap, do not include a charity category. This makes charity coins a bit harder to find.

Because of the historic relationship between charity coins and meme tokens, many new charity coins brand themselves as memes to rank within the meme category.

Sleepy Sloth was always intended to raise money for wildlife conservation and sloth rescue. As the coin grew, charming cartoon sloths and meme contests propelled the charity into the meme category, allowing it to rank for meme searches.

The intent was always charity, but memes allowed it to develop a visual language and rank better.

Crypto websites in general use lots of illustrations, but charity coins have unique subject matter and style. 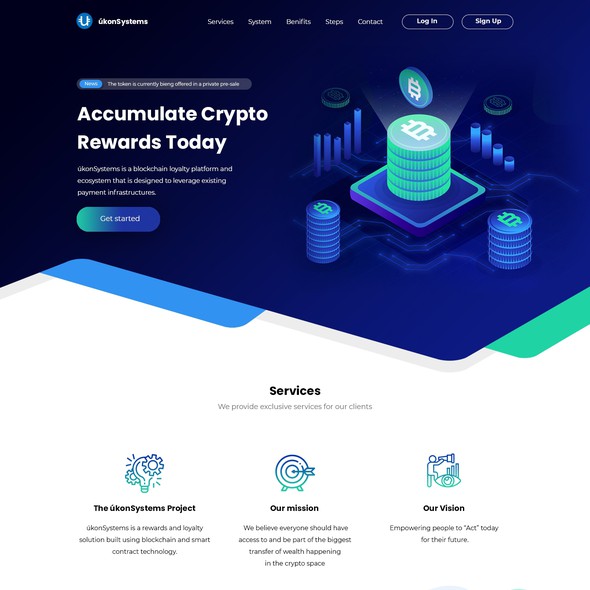 There’s nothing wrong with this style, but it lacks the friendly warmth that a charity website needs to survive.

Instead, many charitable crypto websites will use hand-drawn people-focused illustrations.

Although the illustration was made digitally, it’s designed to look somewhat hand-drawn. This design choice gives the whole website a humanistic feel.

The ends don’t taper and the line thickness is constant, but the resulting illustration has the same friendly appeal as a hand-drawn piece.

Yet the image remains humanistic because it features an act of charity.

If a charity coin website has an illustration, it will almost always be hand-drawn, human-centered, or both (excluding illustrations of animals and memes).

Most crypto websites use a dark theme, but this trend does not map perfectly to charitable cryptocurrencies.

In fact, light theme is a bit more popular than dark theme in many cases.

This design choice allows them to mirror a lot of other water charities and draw attention to high-contrast dark photographs on the website.

Unlike Clean Water Coin, Munch does not use a light theme to adhere to design standards for traditional charities. Instead, it’s a branding choice (similar to Polkadot)

However, some crypto coins do use a dark theme. Because Yummy uses meme branding, the website is dark (and space themed).

Neither option is better or worse: it’s a matter of branding.

Dramatic photography is common on any charity website, so it’s no surprise that charity coins use it, too.

Clean Water Coin is a great example. The website employs photo banners behind the header text.

The emotional appeal is obvious. Photos of people in need remind investors of the very real clean water crisis.

However, photos don’t have to include people to gain emotional appeal. The website for Pangea Coin features photos of trash in a river.

This photo is especially effective because it reminds investors of the problem and brilliantly displays the solution that Pangea funds (trash barriers).

Photos aren’t used on every website, but charity coins that solve a visually shocking problem could benefit from photos of the solution.

Animals are commonly featured in cryptocurrency branding across the board, but they’re especially common in charity crypto.

In most cases, animals add a relatable face to an ambiguous issue. For instance, Froge uses a cartoon frog to raise money for forest conservation.

This frog serves as a relatable, fun mascot that iconizes a growing issue.

This is genius. Investors can relate to a cartoon mascot and its real-world counterpart.

This “relatable animal” strategy works so well that even non-animal charity coins do it. Hungry Bear raises funds to feed people but uses a bear to establish relatability.

The bear feeds into the branding and makes the coin stand out.

Whether raising money for animals or for humans, animal characters may be valuable on your charity token website.

All these trends are true of other websites, but they’re especially strong in charity coin websites. The key to making your charity coin website stand out is to pick some trends to follow and others to break. It grounds your website without making it blend in.

If you’re looking to build a great charity coin, reach out today for a free consultation.